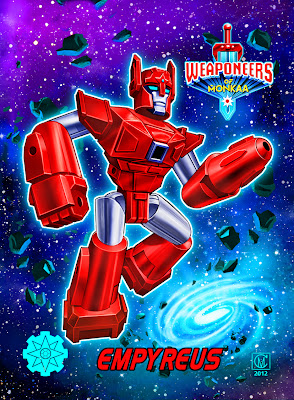 Heroic Leader of The Gearo
"We are the architects of the cosmos, we must forge that destiny wisely."

Empyreus Rex, Ruler of Monkaa and Leader of The Gearo. The second son of the Lord of Light and Mistress of Shadow. Forged to bring the balance of order against the maelstrom of chaos created by The Vilhain and his shadow
brother Umbreus.

Empyreus was thrust into leadership without wanting or expecting it. What he lacks in wisdom and experience, he makes up for in strength, courage,and tenacity.

His desire to protect all forms of life and his ability to forge powerful weapons make him a leader capable of driving back the shadows and  bringing light to the cosmos. 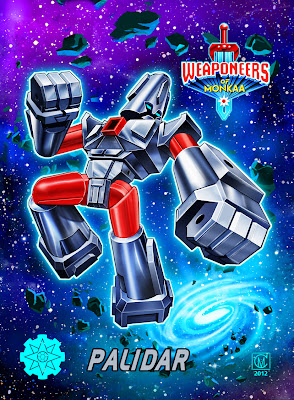 PALIDAR
Fearless Commander of The Gearo Forces
"I live for the thrill of battle, Victory is my reward!"

Palidar is the best soldier ever forged by The Lord of Light. His bravery and skill in battle are legendary among The Gearo and feared by The Vilhain.

Palidar spent most of his life in combat, he never saw  himself as a teacher of kings. When his Lord was murdered by first born Umbreus, Palidar embraced the role. He has been instrumental in forging Empyreus into a good, strong, and just ruler.

When battle is waged, it is being a warrior at the side of his new Lord that brings a smile to Palidar's grim face. 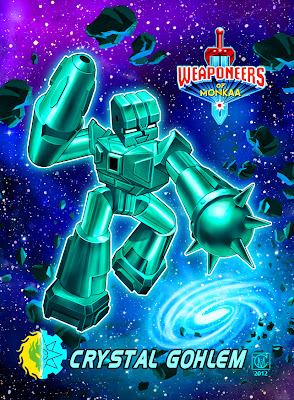 Once their journey begins and their will starts to form each individual has
a choice. Will they follow the path of The Gearo or The Vilhain.

The Crystal Gohlem are carved from the ancient quartz mines of Monkaa. Crystal Gohlem usually find the path of the seer, although many have been drawn to learn from Palidar and bolster the ranks of the Gearo Forces.